The Meaning of Burning Incense and Ringing Bells in Buddhism

April 18, 2016
The Meaning of Burning Incense and Ringing Bells in Buddhism
(+84) 946 02 6622 (Whatsapp/Viber/Zalo) | www.rawincense.com
Buddhist meditation or prayer rituals include objects that symbolize important concepts in Buddhism. Two of the most important objects in worship include the bell and incense. Each have several meanings and are part of honoring the Three Jewels or Three Treasures of Buddhism, which are the Buddha, the Dharma and the Sangha. 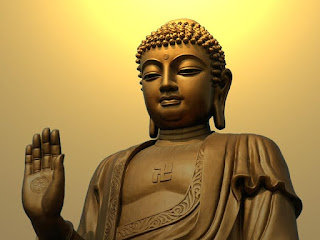 Offerings in Buddhism
Incense along with flowers and fruit represent some of the primary gifts that Buddhist practitioners offer during Buddhist prayer or on their altars. Incense in particular stands for ethics and morality. But these offerings only have meaning if the follower also has right conduct. Incense also reminds the practitioner of the path of the Middle Way, or moderation, and offers the key to enlightenment and Buddhahood. It creates a feeling of serenity.
Evokes Protective Deities
The bell symbolizes Buddha's voice. It calls for the protection of heavenly deities. The sound of the bell equals the sound of the Dharma, or the entity or law, which sustains the order of things in the universe. Some sects of Buddhism call this the ''Mystic Law'' as well. Depending on the sect of Buddhism practiced, these protective deities can exist outside the practitioner -- more like minor gods in some religions -- or represent a function of the higher self, called Buddhahood. In the latter case, the protective forces come from within the practitioner's own life. For example, a good mother can represent the heavenly deity.
Call to Meditation and Mindfulness
Buddhism calls for people to pay attention to the now. This focus is also called mindfulness. The gentle ring of the bell serves to focus a follower's attention, bringing it out of future worries or pulling it away from past concerns. Many Buddhist prayers begin with the sound of the bell. However, the Buddhist faithful may also ring bells when entering a temple or answering the call to worship when a monk sounds the bell.
Unifying the Masculine and Feminine
Buddhism is reason and balance. Balancing masculine and feminine life forces counts as an important concept in Buddhism. The bell, particularly the dorje bell symbolizes the coming together of these two aspects. The sound of the bell should be pleasing to promote harmony between these two aspects of life.